How do I read my SANS241 Drinking Water Analysis?

Reading your Drinking Water Analysis Report may seem like a daunting task but we are always here to help. The new SANS241:2015 Drinking Water Standards were published in March 2015.

The new SANS241:2015 Standards can be purchased here SABS webstore

What is meant by "water quality?"

Water quality describes the condition of water; determined by gathering information on chemical, physical and biological characteristics, usually for its suitability for drinking, irrigation, bathing and effluent purposes. Safe water should contain no chemical or radioactive substances, be free from disease-causing organisms and be stable in terms of corrosion and scaling.


What is “Polluted Water”


Why is it important to test your water quality?

Water is the link between various communities and resources. What happens in catchment areas is reflected in the water quality throughout the system. The results of human activity in industry, construction, lifestyle and agriculture ultimately ends up in the nearby rivers through run-off.

Water quality is dependent on the interaction within the river and its surrounding catchment area. The processes within the catchment area can either maintain a healthy ecosystem or disrupt it and degrade the water supply. Thus, affecting the linked water quality downstream as well.

Testing your water quality is critical to ensure water being consumed, bathed-in, used for industrial purposes, used for irrigation etc. is not contaminated with heavy metals, oils, fuels, harmful chemicals, and disease-causing organisms.

Safety note: even perfectly clear water can be contaminated with harmful chemicals and organisms


pH and it’s affect in Water

Water that is very acidic or alkaline (basic) is unsafe to use around the home. It is harmful and dangerous to bathe or swim in, causing burns and could even kill aquatic and land animals and plants. Water that is very acidic or alkaline can usually dissolve metals forming ions and causing corrosion. These solutions can additionally cause burns on organic matter and should be treated as serious health hazards.

Very acidic or basic water is unsafe to consume. However, high concentrations of hydronium and hydroxide ions are not necessarily toxic alone. For instance sodas have a pH of 2-3 and gastric juices are very acidic. The problem is that acidic water tends to dissolve metals like zinc, lead and copper in piping, these metal ions can be toxic. An ammonium ion (NH4+), which is not poisonous can be altered in alkaline (basic) solutions forming ammonia (NH3), which is poisonous.

Slightly acidic water is not as harmful. Water such as rainwater is naturally acidic, but acidity of water in catchment areas is determined by the particular kinds of rocks, minerals, biological and nutrient cycling in the area.

Air pollution (nitrates and sulphur dioxides) from vehicles, coal-fires, coal-fired power stations and thermal power stations that release acidic gases into the air cause acid rain, a serious threat to aquatic ecosystems, particularly in areas such as Mpumalanga and high pollution areas. Acid rain can cause changes in the areas surface and groundwater pH.

Another way in which water pH can be affected is by sewage or industrial effluent that is discharged into rivers and streams. The pH of a healthy river is naturally neutral (7), ranging between 6.5 and 8.5. Many “black” rivers in South Western Cape can have a natural pH of 4-5, caused by rotting dead leave and plants that naturally make the water more acidic. 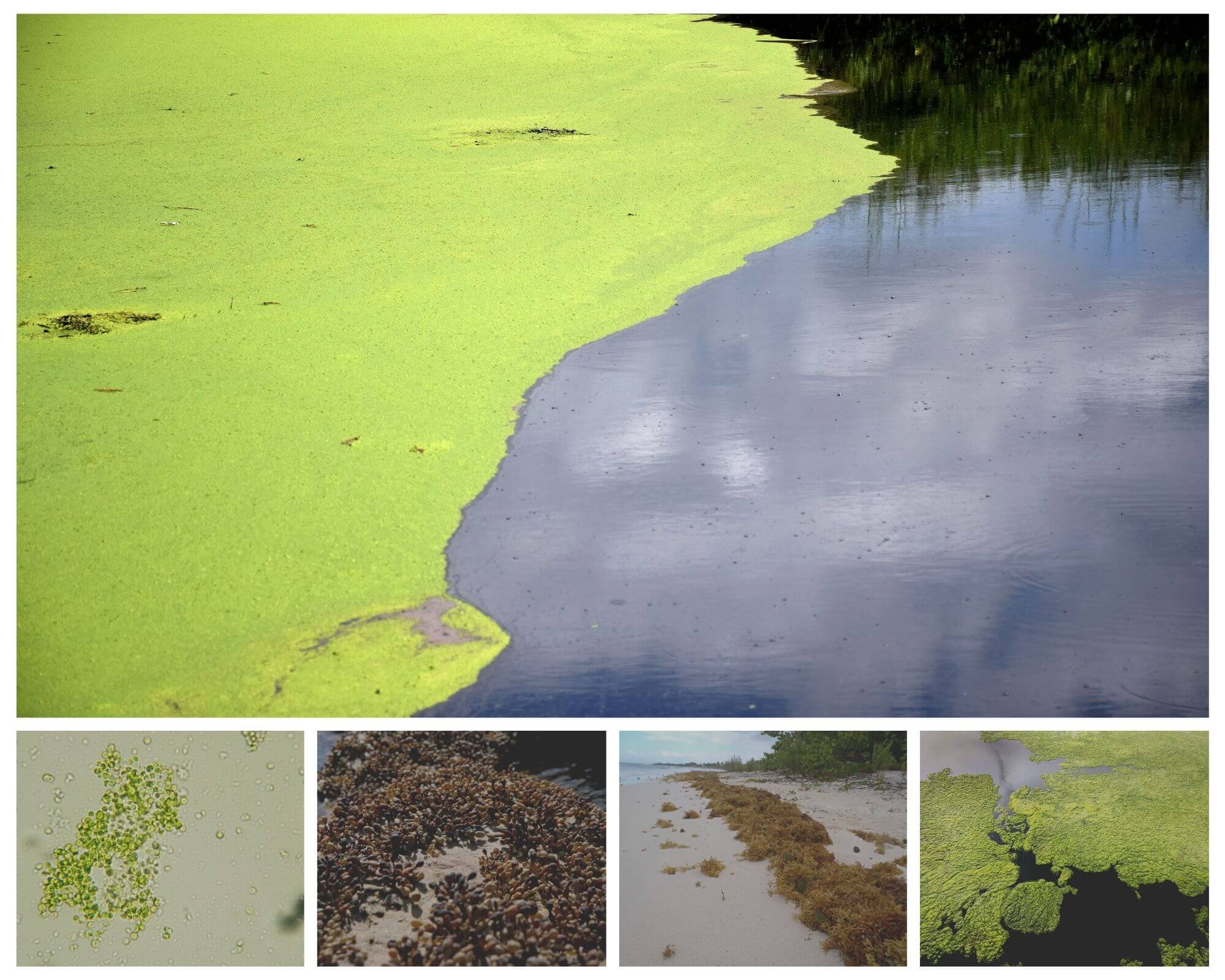 A “Nitrate “is a Nitrogen ion with the formula NO3-

Nitrates effect on Humans and Animals

Nitrates effect on bodies of water

The Nitrogen (N) present in nitrate ions is a food source for aquatic plants and blue-green algae. High concentrations of nitrates in water may cause increased growth of aquatic plants and algae, resulting in eutrophication. This is excessive growth of blue-green algae making water green. Some species produce poisons and make water green. Once these aquatic plants die, large numbers of decomposing bacteria result. These bacteria use up the oxygen in the water causing aquatic species (fish and plants) to die.

Nitrate supplementation through sewage contamination and fertilizer run-off is not as critical as it is with Phosphates (PO43-) as aquatic species are not as sensitive to increased levels. Nitrate and ammonia (NH3) are important components of most fertilizers. Nitrogen normally occurs in a form that plants cannot use, however, it may be used in the decomposition of dead water plants and by blue-green algae which can convert nitrogen gas in the air into ammonia and nitrates that plants use. Nitrate ions are also a resultant of urea contamination (urine).


How do Nitrate Ions get into rivers and dams?

Farmer spread fertilizers constantly during plant development on their crops. Heavy or even frequent rains may wash excessive nutrients that are not readily used by the plants into nearby rivers, dams or leach into groundwater. Urine can contaminate bodies of water by leaking pipes, badly built pit toilets, animal waste and even from people who use the river bank as a toilet.

Industries are required by law to remove nitrates and ammonia from their waste water.